Shark is well-known for making upright vacuums because of the many amazing models in the market. However, the company is not very popular when it comes to robot vacuums. Given this lack of popularity, the question becomes: are Shark robot vacuums as good as their upright models?

To answer this question, we’ll be looking at two of their robot vacuums. There are the Shark ION R76 and the Shark ION R87. Both these vacuums are not as sophisticated as the high-end models from top brands like iRobot, Neato or Eufy, but they do present an interesting balance between performance and affordability.

Vacuum cleaners are all about sucking up the dirt and stains from your floors hence suction is a very important spec in determining the quality of results that you should expect. Let’s begin by comparing these two robots from a suction perspective.

Shark ION R76
When compared to most robot vacuums, this vacuum comes with decent suction that easily picks up most of the dirt particles and debris you would commonly find in homes. This suction is estimated to be around 1000Pa which is acceptable by most standards.

Supplementing this suction is the main brush and two side brushes that ensure that any dirt that can’t be reached by the main brush is swept to the middle of the vacuum’s path where the main brush can act on it. The main brush has bristles arranged in a helical pattern to make it easy to clean carpets without being too tough on hard floors.

If you have pets, you will be happy to know that this robot does an amazing job cleaning up pet hair from carpets and hard floors. All this dirt goes to the standard dust bin that is easy to remove and empty.

Shark ION R87
This robot also does a great job when it comes to suction and cleaning performance. It has a superior motor that delivers stronger suction than the R76 hence it produces better results, especially when vacuuming thick carpets that have deeply embedded dirt.

Like the R76, this robot also comes with a multi-surface brushroll and two spinning side brushes that ensure full coverage of your home including the edges and corners that the main brush can’t reach. It also does a great job cleaning pet hair so pet owners will not have any problem cleaning up pet hair.

When it comes to the dust bin, this robot vacuum is more endowed because it comes with the XL dust bin that holds more dirt than the standard bin in the R76.

Robot vacuums are mobile devices that plot their courses automatically hence their navigation abilities can’t be overlooked when thinking about performance. It’s also important that you have some level of control on these devices even if they are supposed to do most of the work independently. Let’s see how Shark approached these two vital needs in these robots.

Shark ION R76
This vacuum comes with Shark’s Auto-Sense technology that will move around your home covering all floor types and adapting to any obstacles it finds along the way. This technology ensures that the robot does not fall off the stairs.

This technology also helps the vacuum to find its way to the charging dock after it has completed the cleaning job or if the battery runs low as it cleans. However, being an entry-level vacuum, this robot does not come with mapping technology or the ability to choose different rooms.

This robot is Wi-Fi enabled hence it will connect to your home Wi-Fi network and give you plenty of control options. You can download the Shark Clean smartphone app to get status updates, set cleaning schedules, start, stop or pause cleaning runs remotely, or even dock the vacuum. For added convenience, you have the option of connecting the robot to an Alexa device and using your voice to give commands to the vacuum.

Shark ION R87
This robot also comes with Shark’s Auto-Sense technology that helps ensure that the robot has no problems moving across different surfaces safely in your home. It also comes with voice and app controls so you will never run out of options for controlling this robot vacuum.

With that said, this robot is an exact match of the ION R76 when it comes to navigation and control hence there is no winner in these two areas.

The battery is another vital pillar in a robot vacuum. It needs to be able to power the vacuum for long enough to complete the cleaning run. Let’s find out how these two vacuums perform.

Shark ION R76
This robot vacuum comes with a Lithium-ion battery that powers the vacuum for a little over one hour. For its price, this runtime is decent and you are probably not going to get many competing models that come with higher runtimes.

With that said, it’s important to note that the robot does not come with the recharge and resume feature hence you will need to think about the size of the largest rooms in your home. If the robot detects a low battery before covering the entire floor surface, it will stop there and head to the dock.

This is not a good thing if you have very large rooms that will need more than an hour because you will have to manually find a way of restarting the cleaning run in the second part of the room. You are, therefore, likely to face several missed spots. However, if you have small or average-sized rooms that can be vacuumed in less than an hour, you will not face any problem.

Shark ION R87
This vacuum is also very similar to the R76 in that it also comes with a Lithium-ion battery that gives a runtime of around one hour. It also won’t recharge and resume so you might have trouble if you have very large rooms.

This is another area where both these vacuums are quite similar. They come with standard filters that do a decent job of removing small particles from the air before it is sent back to your home. This filter is usually enough to give decent results, but you might have some problems if you have asthma or allergies because it won’t be able to capture the very small particles.

These two robot vacuums are quite similar and they deliver decent results while staying very affordable. They come with pretty much the same features and performance to the extent that you might miss the differences if you are not very keen. The ION R87 is a bit more superior because of the larger dust bin and the slightly higher suction. It also costs more so if you don’t need the larger bin or the stronger suction, the cheaper R76 should be able to deliver the same results at a lower cost.

Roomba i7+
Roborock S4
Eufy 11S (Slim)
• "Continuous" Runtime
• 150min Runtime
• 100min Runtime
• 1800Pa
• 2000Pa
• 1300Pa
Empties on its own - you don’t have to think about vacuuming for months at a time. Clean Base Automatic Dirt Disposal with AllergenLock bag holds 60 days of dirt, dust and hair.
A high-precision laser navigation system scans your room at 300RPM, creating a real-time map of your home.
Re-engineered to be the slimmest RoboVac (2.85") but with quiet operation and increased suction at 1300Pa for up to 100 minutes.
Check Latest Price
Check Latest Price
Check Latest Price
Best of the Best!

Roomba i7+
• "Continuous" Runtime
• 1800Pa
Empties on its own - you don’t have to think about vacuuming for months at a time. Clean Base Automatic Dirt Disposal with AllergenLock bag holds 60 days of dirt, dust and hair.
Check Latest Price
Also Great 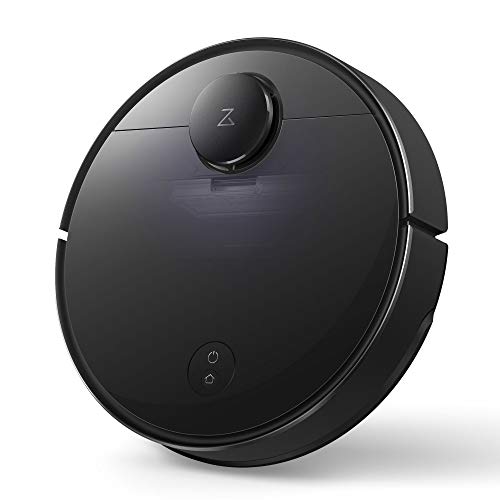